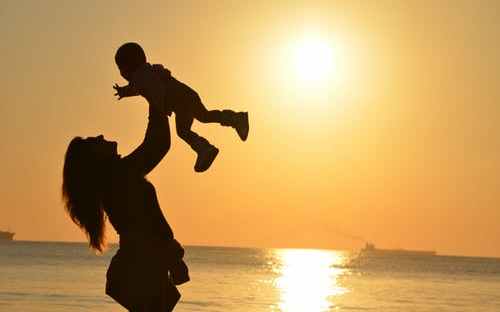 There is a lot of stigma associated with putting your child in a daycare, especially in India. There are billions of questions that cross through your mind like shooting stars when you, a new mother on the block, with a new wee child that you recently had, have to take the tough call of putting your child into a day care facility. Things like individualism, ‘my life-my rules’, ‘our own decision’ are not there to help you in such situations. Moreover the guilt and the dilemma with which the new mother goes are beyond comprehension. Then comes the family, his or hers, who have the utmost objection on putting in their dearest grandchild in daycare. The poor unblessed soul, the new mom, then gets caught in a web of justifications which would do nothing but further demerit her position amongst her in-laws.

But have you ever thought why or how all this happens? We all know the age old adage that a woman brings and nurtures a life into this world but does that ever mean that her life would now stop or take an indefinite pause? There are so many working mothers who have devised ways to bring out a balance between work and family. Why I say ‘devised’ because the concept and practice of a nuclear family has raised more of the challenges than the seemingly obvious benefits associated with it. Yes, a nuclear family gives chance to every couple, especially in India, to plan and live their life the way they like. This might not happen with others who live in a joint set up or let’s say, with in-laws. It brings with it the charms of having a personal space of their own which they call ‘out little corner’ and where they can actually do things ‘their way’. This initial phase of newly acquired freedom is very thrilling and positive for a new couple who either has recently been married or is just co-habiting together. But when you once settle down and have had you cup of privacy, saturation starts to seep in. The curve graph of happiness rises, reaches a point where it settles for a while and then falls down steeply! To placate and dulcify this crouching heartache many couples take the call of having a baby hoping that the coming of a new life would add some charm to their already drab life. (I guess I have gone too far on talking about the part 1 “how the baby happened?”).

Coming back on, after when the baby comes, the challenges start to come back again, pepping up your life initially, but wait for some time and you see yourself into some serious rigmarole. The happiness of having your own child is in juxtaposition to the looming expenditures that it brings along. The new mom at this stage is obviously not working and so with one man down the stock of savings on which the couple initially felt so proud, starts to fade away. The money starts slipping out and you can’t even do anything about it. After all the money was for your ‘future’ and the future is already here, cozying up in your lap!

The lifestyle of metro cities calls out for you then and it is when the mother decides work again. The financial crunch has to be dealt with and it can no longer set up itself at your “home sweet home” forever! That’s where the idea of a daycare come in and sooner we find couples running from post to pillar online/offline looking for the best daycare facility around. Gone are the times too when one of the grandparents would come to support their kids having a kid. And why should they? They too have a life of their own to live after all. No complaints, no regrets!

I too have been a part-timer up till a year and a half since I gave birth. I felt guilty when I left my child in daycare for the first time. I turned back walked out of the school and cried. I literally howled in my car seat. When I think of that day, I still get teary eyed. I remember how I tackled and answered guiltily to all such inquisitions of immediate family and friends. There might be numerous such mothers like me who must be feeling torn apart between working again and taking care of their child. But for all such beautiful and compassionate moms I would suggest that it’s always your choice, no one is going to decide or take accountability for your actions. If you have decided to work again then go for a good daycare facility for your child and put your mind at ease to what would my in-laws or for that matter my own parents would say? There is no denying the fact that a child needs her mother the most but once she is of a certain age, where you feel you can now put her in the care of professionally expert care-givers, than you must go for it!

4 thoughts on “Why do working mothers made to feel guilty about availing a daycare?”

Check out what our readers have to say